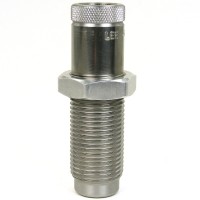 Great website, I'm not complaining but I noticed a small error. While going from the Powder Handling site to Powder Dippers and Funnels I noticed that in the video ''Calculating Powder Charge in VMD'' the result for the math equation is off. The video result is 1.0069 and I think..

This is the Small Rifle Primer version of Starline's 6.5 Creedmoor case. The 6.5 Creedmoor was designed as a target caliber in 2007 by Hornady but has become an extremely popular hunting caliber as well. While it isn't as long as some of the other 6.5 caliber short action calibers, such as the .260 Remington, the Creedmoor utilizes a 30° shoulder and very little body taper to help it achieve similar ballistics. The shorter length also gives it more versatility as far as bullet seating depth is concerned. Almost every major rifle manufacturer offers either a bolt-action rifle or a modern sporting rifle in 6.5 Creedmoor caliber due to its versatility and inherent accuracy.

Starline's SR6.5CM brass uses a Small Rifle Primer. Many target shooters prefer the Small Primer for the increased consistency and accuracy. While other small pocket manufacturers use a smaller than standard flash hole, Starline uses a .080" flash hole to give better ignition with some of the slower powders and in cooler conditions. And you won't be breaking off decapping pins either! The Small Primer version also maintains primer pocket size much better than the large primer version under higher pressures.