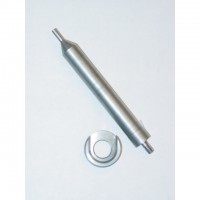 I am new to reloading and am having a hard time finding everything i need. So far, this website has helped me find a little more. Thank you...

FS is a Master Distributor for Lee Precision and one would expect them to execute perfectly which they do. But we all know at times a perfect performance slips away from us just like it does occasionally for FS. This is when we find out what a business is really made of. FS reali..

In 1932, Fred Barnes began selling bullets made in his basement workshop in Bayfield, Colorado. At that time handloading was only just beging and Fred, dissatisfied with the hunting bullets then available, decided to make his own. After experimenting with different possibilities, he settled on a bullet with a soft lead core encased in 99 percent pure copper tubing. The copper tubing was much thicker and tougher than the gilding metal coat used on conventional jacketed bullets. The result was greater penetration and more controlled expansion when his hand-made bullets struck game. After making these bullets for himself and a handful of friends, he realized the commercial potential of his highly effective bullets and started manufacturing and selling them from his home.

Over the years since then, Fred Barne's company introduced many innovations to the shooting industry. The business grew and expanded moving in to ever larger facilities. Today, the company started by Fred Barnes in his basement is part of the Freedom Group of companies that includes such recognized names as Remington and Bushmaster. Barnes has become world renowned for its quality, well thought out products.

We are pleased to bring these quality Barnes products to you.